A very colorful week begins on Monday with the exhibition “¡Picasso! L’exposition anniversaire” at the Musée Picasso, several contemporary art fairs (where it’s quite a challenge finding a place to begin), and Emeric Feher’s “A la vie à l’image” at the Château d’Angers…

Asia is thrust into the spotlight in the Salon Asia Now (Oct. 20-22) at the Espace Pierre Cardin, as well as the highly anticipated FIAC (Oct. 22-25) at the Grand Palais… let’s not forget a visit to its little sister Officielle. While we’re at it, why not the YIA Art Fair (Oct. 22-25) at the Carreau du Temple? Or, you can discover the modules of Mathis Collins (Oct. 21-Nov.22) thanks to the Fondation Pierre Bergé Yves Saint Laurent at the Palais de Tokyo. Palais de Tokyo 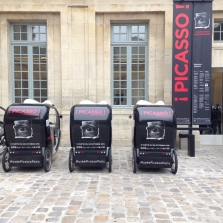 The Musée Picasso has planned a week of celebrations for the 30th anniversary of the museum, and it’s now been a whole year since we were looking forward to the reopening of the museum. There are new works on display with 5 distinct parts: the museum workshop, Picasso from 1897-1929, Picasso from 1922-1973, Picasso as a public figure, and an intimate Picasso.

The Arab of the Future: A Graphic Memoir Paperback – October 20,

The Arab of the Future: A Graphic Memoir Paperback – October 20, http://www.amazon.com/The-Arab-Future-Graphic-Memoir/dp/1627793445

The Arab of the Future, the #1 French best-seller, tells the unforgettable story of Riad Sattouf’s childhood, spent in the shadows of 3 dictators―Muammar Gaddafi, Hafez al-Assad, and his father

While we’re in this whirlwind of contemporary art, a good book is always a welcome suggestion. I propose author Riad Sattouf’s fantasy, “L’Arabe du Futur 2,” Allary Editions. Son of a french mother and a Syrian father, Riad Sattouf tells the story of his childhood in the Middle East. Editions Allary – l’Arabe du Futur

AsiaNow at the Espace Pierre Cardin 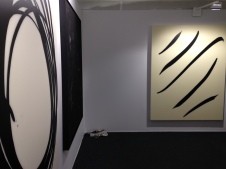 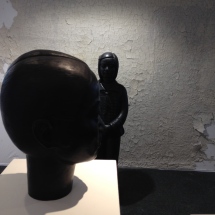 At the Espace Pierre Cardin, AsiaNow is an Asian contemporary art fair focused on 18 galleries under the artistic supervision of Amy Barak. It’s also the year of France-Korea, and as a result there are many events organized with this theme in mind: Korea Now at the Musée des Arts Décoratifs, an installation by Lee Bae at the Musée Guimet…

A series of conferences will also be presented by leading experts, trailblazers, and artists such as Guy Ullens, Jérome Sans, Wang Sishun…Asian Now

FIAC at the Grand Palais

At the FIAC, the visit will be quite long as it features 175 exhibitors, which I always hope is exciting. After all, you can’t miss the Marcel Duchamp award, the Ricard award…and certainly don’t hesitate to take the water shuttle to the Docks Cité de la Mode to see the Officielle art fair. Fiac 2015

Focused on an emerging art scene, the fifth edition of the YIA Art Fair announces a complement of another exhibition, a journey “Hors-Les-Murs,” orchestrated by the Marais Culture + network in the major institutions and museums of the Marais. At the Hôtel Sully, this will be the opportunity to take a walk through this magnificent hotel of the Marais and to see installations by Boris Lafargue and Tatiana Wolska. This will also be an opportunity to discover the MMART Project: Dem 189, Arnaud Liard, 36 Recyclab, Sébastien Préchoux… YIA Art Fair 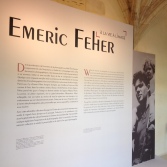 Emeric Feher moves to France in 1926, in the same manner as Brassaï, André Kertesz, and many others. Though he is first an employee at Peugeot Citroën, photography becomes his preferred means of expression rather quickly. In 1933, he joins René Zuber’s studio. He deals with a wide array of subjects and feelings, but the techniques he employs make him a humanist photographer above all. Tireless, Emeric Feher will apply his talents to a variety of subjects throughout his life with an energy and enthusiasm that never cease.

He also expresses this joy of living through more personal images that, even with the passing of time, do not seemed to have aged, and they appear as the memory of an entire era. He died in 1966.

A trip through the Place de la Concorde and Saint Gobain, the latter celebrating its 350th anniversary…and yes, the sedan chairs of the 18th century had those Saint Gobain windows! If you still have the energy, you will see the 4 pavilions “Sensations Futures” that make a stop in Paris before flying to the United States. Les Pavillons Saint Gobain.