Christmas is coming, so I thought I’d give you some ideas for your Christmas tree! I also suggest that you discover the artsy surprises in the works of the artist’s collective NoPoTo, take advantage of the presence of author France Thiérard and the illustrator Aurore de La Morinerie for a lovely dedication of their guide on Venice, or go to meet Pascal Cerchi and Aurélia de Condé at the Galerie Petite. And why not grab a seat at the Comédie Française to see Romeo and Juliet? To finish off the week, there will be a tour at the Palais de Tokyo to discover “Les Unes de Libération” revisited by 40 artists. If you still have time remaining, a great book recommendation awaits you… 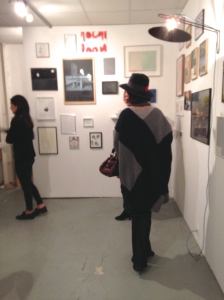 “Noël pour tous” is an annual exhibition organized by NoPoTo, a collective composed mainly of visual artists, which takes place during the first two weekends of December. It brings together 40 artists who have been invited to submit original works, editions, and reproductions sold at studio prices.

Developing a collaborative and participatory model, the association organizes this project to support artistic creation by facilitating conditions for meetings and exchanges around an exhibition. Since its inception, the event has been held in four different locations and has introduced 150 visual artists, graphic artists, and designers.

For each edition, many artists, designers, and photographers come together at the core of the association; they bring their expertise and contribute to a much-awaited meeting at the exhibition, benefiting from strong attendance each year while always attracting new audiences.

This year, there are two different locations situated 100 meters from one another.

The public will also discover the new edition of a reproduced work originally by Chloé Dugit-Gros, reproduced by NoPoTo.

A newly created grant will be presented to Sandra Aubry and Sébastien Bourg at the award ceremony to take place on Sunday, December 13 for the closing of the event.

You can also find all the information you need on their completely new site as of December 2.

Author France Thiérard and illustrator Aurore de la Morinerie will be present to dedicate their very lovely guide on Venice. This is also an opportunity to meet Aurore, who I am sure will detail stunning travels for you… 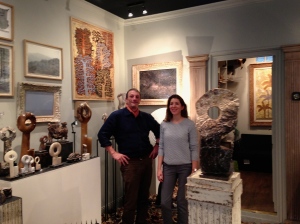 Pascal Cerchi and Aurélia de Condé are currently occupying a space on the Rue de Babylone. A new and unusual place to discover in this neighborhood, two artists who call themselves “Les Complémentaires” exhibit their works. Pascal presents his alabaster sculptures of hands, keys, busts, books, and also paintings. Aurélia is a photographer, and her monochromatic images are captivating. They also invited Isabelle Bonte, who puts her sculptures on display there as well. A cool fact: the frames, which are all old frames, are spread around almost everywhere…

Pascal Cerchi, a French painter and sculptor, was born in 1965. After a childhood spent between Antibes and Tehran, he studies and graduates from the Ecole Camondo of interior architecture in Paris. A little timeline of his life:

– Journey to India and Ladahk for three years. Portraits and drawings during these trips.

– Numerous exhibitions of paintings in France and abroad, as well as sculptures after meeting Swiss sculptor Favre Noëlle.

– Alabaster becomes the research of his life with, as his trademark, the wish to reveal objects buried in the same subject as its stones.

– Since 2014, painting reappears in his works with the exploration of a new medium: straw paper.

– This paper, which brings out details, allows Pascal to research and compare the volume of size directly alongside brush strokes.

– Pascal Cerchi lives and works in Bourgogne and Paris.

Aurélia de Condé, a Belgian artist born in 1982, also lives and works in Paris and Bourgogne.

– She obtains a Master in Fine Arts, Visual Arts, and Space, the photography option, with the ERG Brussels in 2009.

– She graduates the Royal Academy of Fine Arts in Brussels in 2003.

– Some of her photographs were selected for the Bois du Cazier in Belgium and the Musée de la Fosse 9-9 bis de Oignies in France in 2011.

– Exhibition of her series of photographs “Dubbing Stories” at the Palais des Beaux-Arts in Charleroi in December 2011.

– In 2012, she participates in Aspëkt Live, a collective photography exhibition at the Maison de la Culture de Namur.

– For two months, she participates in a performance on the writing “Exchange of Handwriting” for the exhibition “The Other Tradition” in Wiels, Brussels in 2011.

– She then wrote and directed, within the framework of Kids du Wiels, a short film called “Shadow Piece,” displayed in June 2011 in Wiels.

– She later displayed her coal prints called “Days” from July to October 2012 in Orsan in France.

– She exhibited her new pieces “Les Singulières” at Ascend Partners in Paris in June 2013. Exhibition at the Galerie Sandrine Mehr in 2014 in Switzerland.

A great reunion with the legendary Shakespeare in a show that has not been performed at the Comédie Française since 1952! Staging and set design done by Eric Ruf.

On December 12 and 13, Libération and its partners welcome the Artistes à la une at the Palais de Tokyo. “Des Unes” are revisited by about 40 artists. Entry is free! 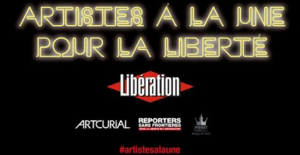 An auction will take place on January 27, 2016 at 8 p.m. at Artcurial to benefit the association Reporters sans frontières / Reporters without borders /RSF.